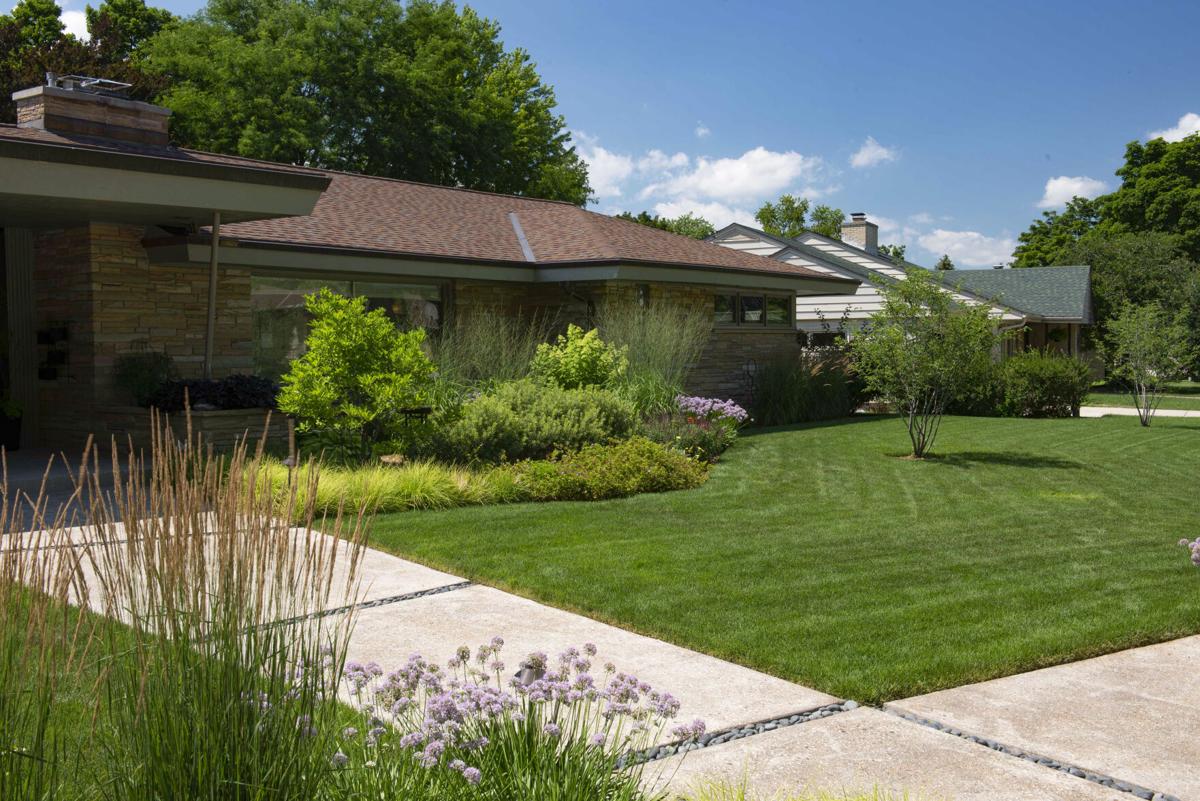 A large garden outside of the home’s picture window is pretty to look at from inside the house as well as from the street, Drzewiecki notes. A magnolia anchors the corner of the front porch. 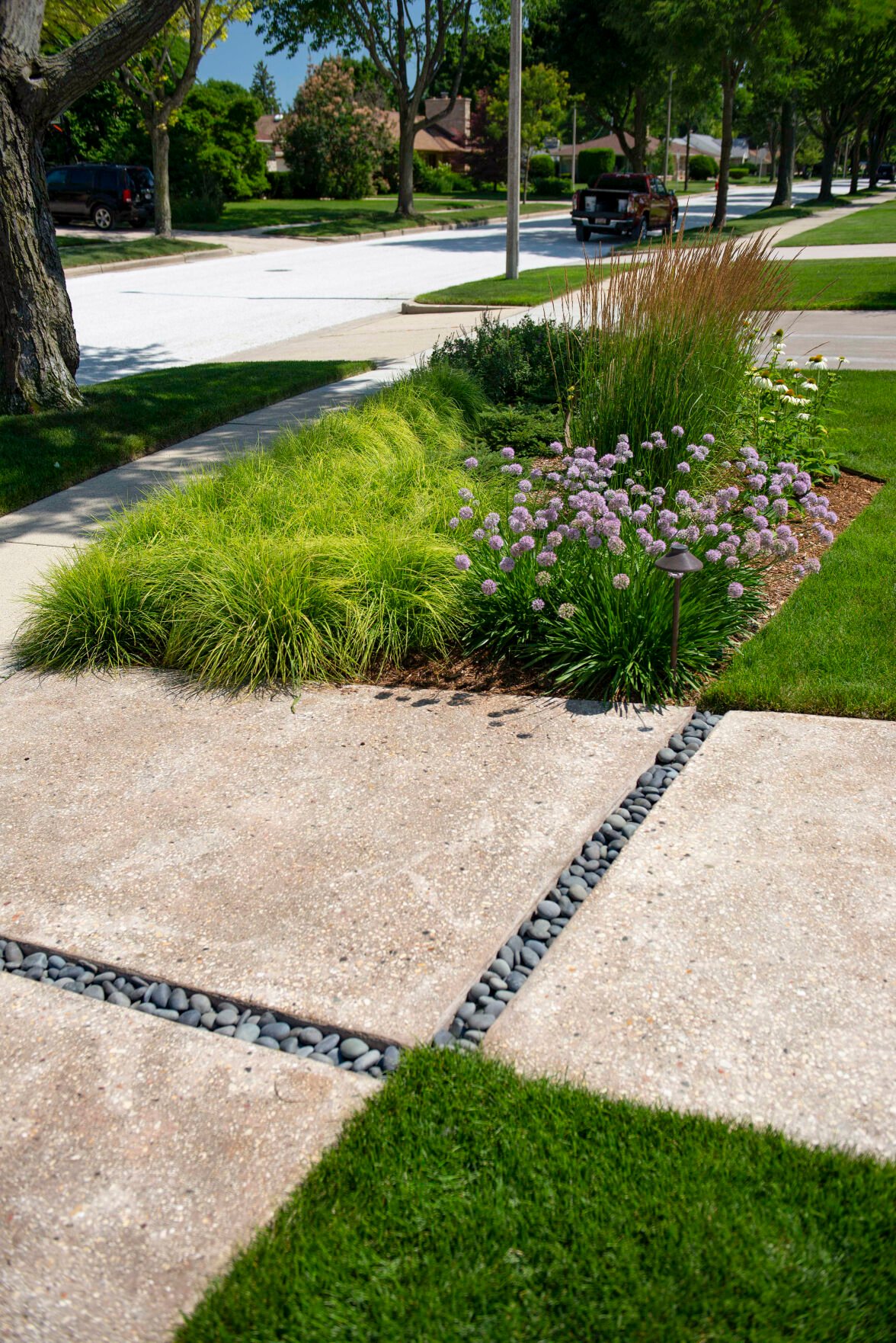 Wedge-shaped beds and sidewalk geometry play off the subtle angle of the house’s footprint, Drzewiecki says. Autumn moor grass (sesleria autumnalis) and “Summer Beauty” allium edge the walk, while runnels in the concrete are filled with blue-gray beach pebbles. 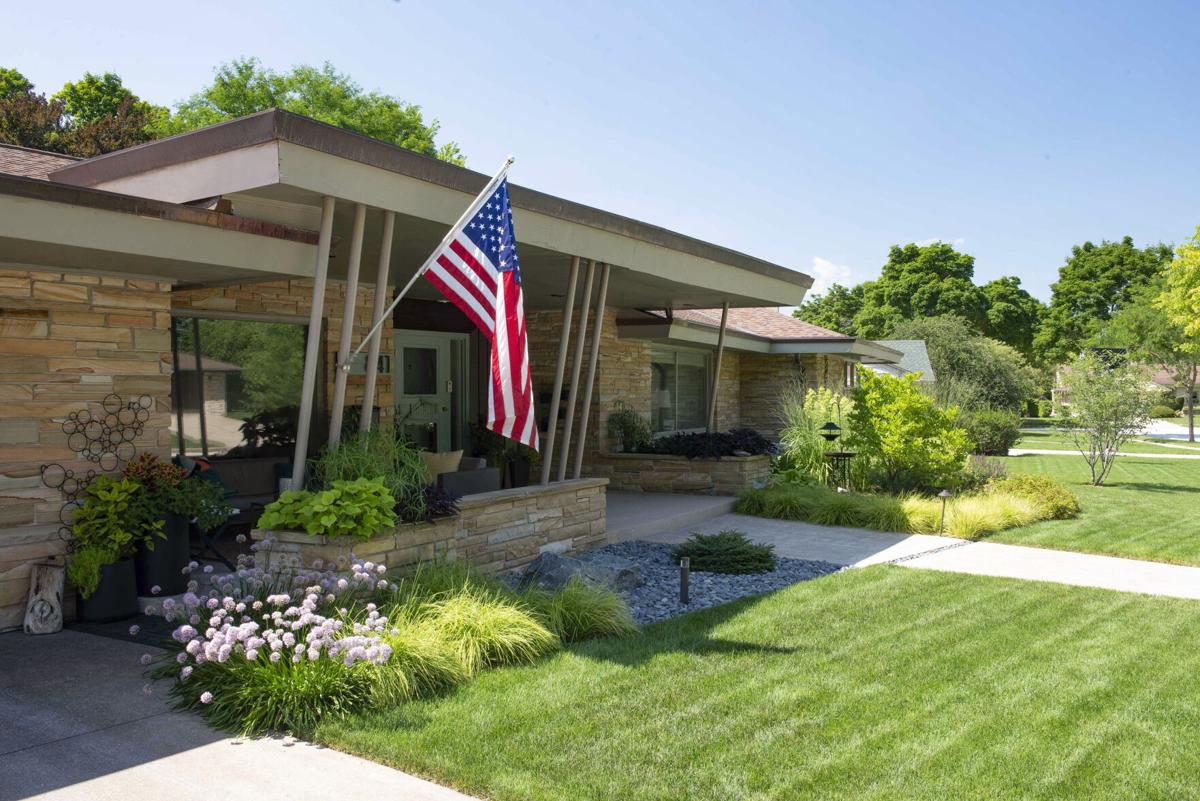 Above: A large, wedge-shaped bed crosses in front of the home, and the line of the bed continues through the walkway, Drzewiecki notes. Low plants and a small Zen garden of pebbles in front of the covered porch allow the stonework on the house to really be seen. 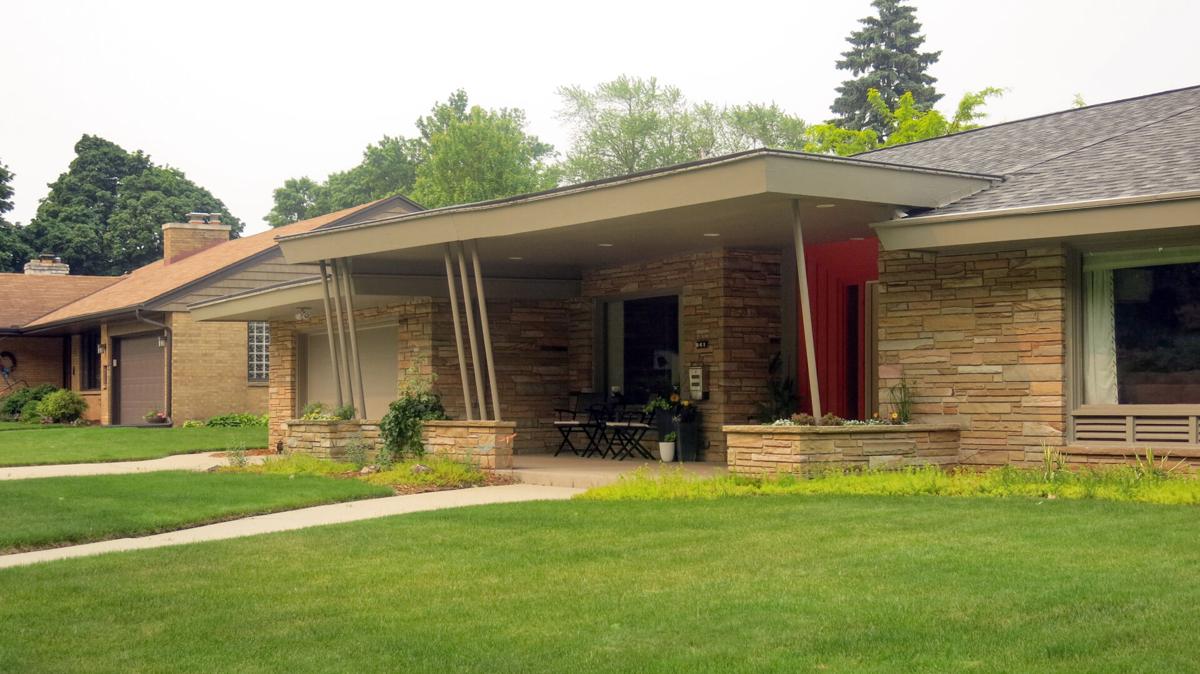 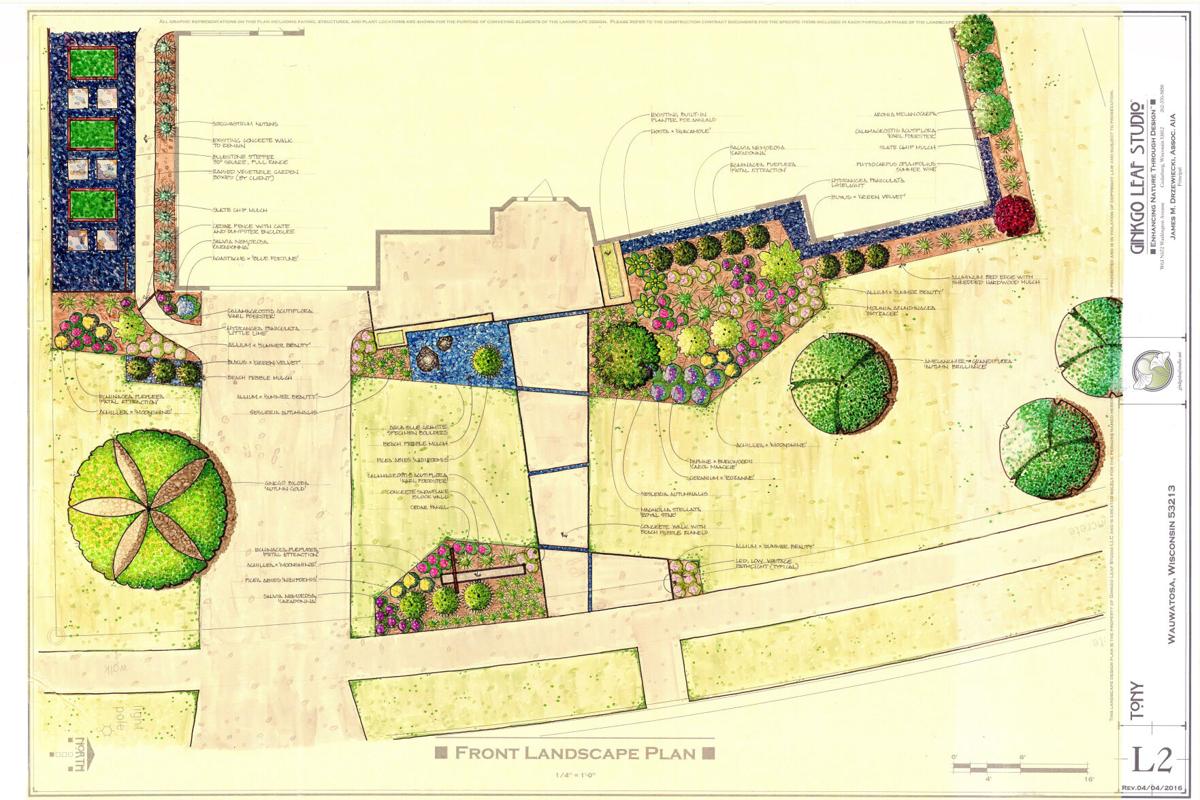 According to James Drzewiecki, APLD, owner and principal designer of Cedarburg’s Ginkgo Leaf Studios, the owners of this midcentury ranch — built by well-known Milwaukee builder and former Metropolitan Builder’s Association president Joseph Mollica in a treasured Wauwatosa neighborhood — wanted to update the landscape in a way that would accent the retro-cool aesthetic of their home.

Drzewiecki, who has designed and overseen multiple midcentury projects throughout the area, chose a wedge-shaped theme to complement the structure’s signature bold lines. A multi-paneled front walk comprised of colored, exposed aggregate concrete with beach pebble runnels replaced the bland pavement that was original to the home. A Zen-style rock garden sits in front of the porch, while a lush, but simplified flower color palette complements the home while keeping it the primary showpiece. Finally, linear groupings of shrubs and grasses further help emphasize the lines of the architecture.

“This one of our favorite ‘MCM’ ranches’ that we’ve done,” Drzewiecki says. “It’s a niche we are really pursuing.” MKE